Cary Sign Company was established in 1987 as the first “vinyl” sign shop in the Cary area. We pride ourselves on delivering a quality product at a fair price, in a time-responsive manner.

Our sign capabilities include but are not limited to vinyl banners, yard signs, decals, vehicle graphics, way-finding signage, promotional items, point of purchase signage, and much more. 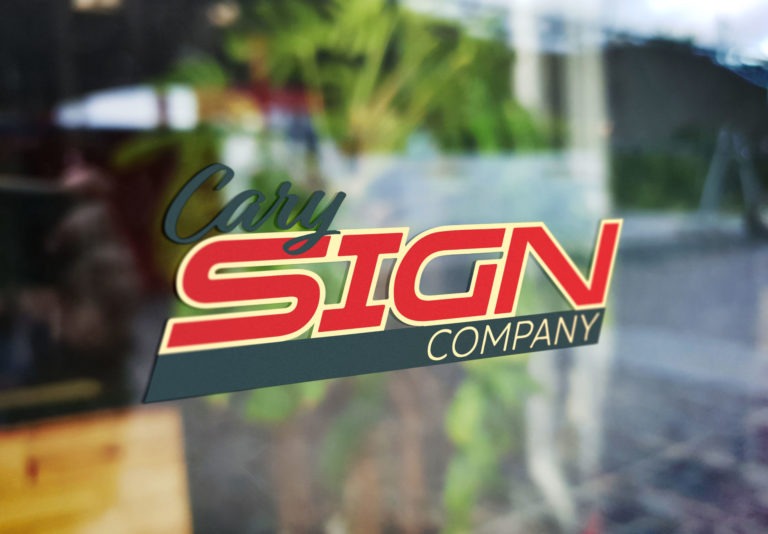 Our design team and production crew have a combined 60+ years of experience. We strive to broaden our knowledge in the latest technologies and to expand our catalog of signage capabilities. We will work with you to come up with a solution to your signage needs.

Cary Sign Company has been proudly serving Cary, and its surrounding areas, since 1987. We began as part of the Raleigh-based American Sign Shops franchise system, back when computer-cut adhesive vinyl graphics were in their infancy. (Cell phones were novelties then too, and huge; most were pushed around in wheelbarrows.)

The American Sign franchise group was acquired in 2002 by the Signs By Tomorrow franchise system, of which we were then a member for the next sixteen years. By late 2018, our franchise contract was nearing its end, and we had to decide whether to re-up with the franchise or not. After some mulling of the pros and cons, our team came to a decision. The end result was that on March 1, 2019, we emerged, butterfly-like, from the protective cocoon of the franchise system to strike out on our own, not tentatively, but with tentacles headed full-force into the wind! While grateful for the many benefits that being part of a ‘coalition’ affords, our incubation time was complete. We were ready to fly solo.

Our ‘mission statement’ as a shop is to try to do right by our customers, a fairly simple thing in theory, but not always simple in execution. We want to give you as much value for your signage buck as we can, be it in the quality of materials used, the professionalism and communicability of the graphic design for each sign, the speed of production (if critical), and also just trying to be friendly to folks throughout it all.

We hope that you will give us an opportunity to serve you. Come see us!

Our location, staff, and phone number are all still the same. Our email address HAS changed.

Have questions about a project you have in mind or a service we provide? Contact us today.

Right now is the most exciting period in the history of the sign business. Gone are the days of sign painters, and with them, the noxious paints and chemicals.